When creating “SEA HORSE, RUN!”, I visited seven different aquariums, but most of my sea dragon research was conducted at the Dallas World Aquarium. Their leafy sea dragon exhibit is the best I’ve ever seen! I often tell students in the Dallas Metro area that I researched my book in downtown Dallas at the DWA Zoo, so I was thrilled last week to learn that the Dallas World Aquarium featured my book in their Winter 2011 newsletter, Eco Currents.

Since “SEA HORSE, RUN!” was the “Book of the Month,” it was also featured in their gift shop. 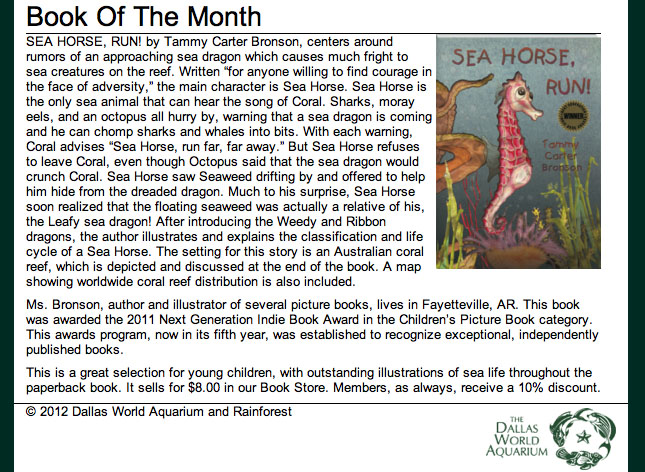 Many thanks to the Dallas World Aquarium for highlighting my book. 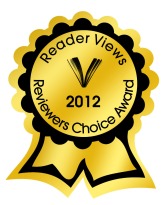