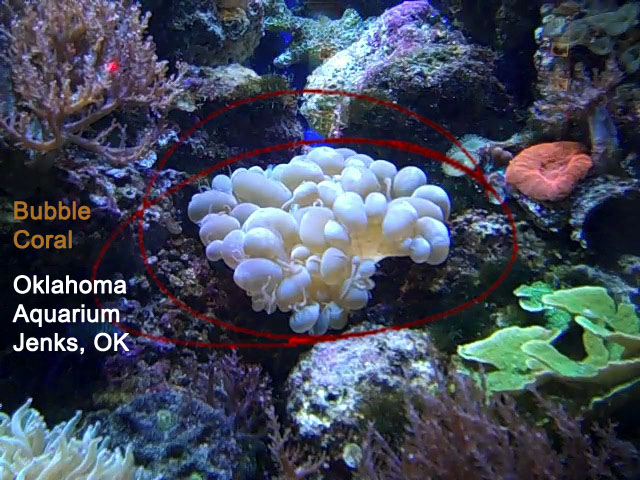 The common name ‘Bubble Coral’ may bring to mind an image of a soft, pliable animal, but bubble coral is actually a reef-builder known as a true, hard coral. The polyps or tiny animals that make up this colony have twelve or more legs. Bubble corals are often found in deep water near the base of a reef which is why specimens in aquariums require a gentle water current and low light. The coral skeleton is protected during the day by the inflatable ‘bubbles.’ At night the bubbles retract allowing the tentacles to emerge and hunt for food. This coral can be aggressive. If threatened by another coral, the tentacles will sting and kill its rival. Bubble corals are native to the Indo-Pacific region including the waters around Australia, the Indian Ocean, and Red Sea. Captive specimens are fairly hardy and relatively easy to care for. Combine this with it’s intriguing appearance, and its no wonder bubble corals are popular in aquariums.

How to Keep Bubble Coral

Click on a question or link below to learn more about corals:

What is a coral polyp?

How do polyps eat?

Do coral polyps have eyes?

How are corals named?
This page includes a complete chart of every coral in “Sea Horse, run!”. The chart shows how corals are classified in relation to one another. An individual coral may have more than one common name.